The Rebecca L. Cooper Medical Research Foundation is a registered and self-funded charity which has as its object, the advancing, promoting and encouraging of medical research in Australia. 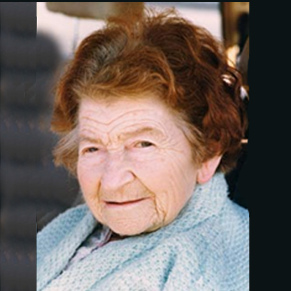 Mrs Cooper was introduced to the late Al Rosenstrauss in September 1979. She was then in her early 90s and was a old woman living under very poor conditions.

Al was asked to collect rents for Mrs Cooper in his capacity as a real estate agent and discovered that she owned numerous strings of terrace houses, throughout Paddington, Woollahra and Bondi, all of which were badly run down, and many were completely derelict and vacant.

Mrs Cooper met with an accident that left her hospitalised with third degree burns. She made a long, slow recovery and for the first time in many years she was properly fed and given a balanced diet with vitamin supplements. As a result, the improvement in her intellect and physical condition was quite amazing.

At about this time, Al and his wife, Val Rosenstrauss began to take Mrs Cooper out for day trips on most Sundays. They began to learn something of her early history during those outings.
Mrs Cooper was born in Florida, U.S.A. but did not know in what year. As a young woman she ran away from home with a man to New Zealand and then to Australia and apparently lost all contact with her family, although she did once say that some of her relations had been killed in the San Francisco earthquake of 1906.

Rebecca met Harry Cooper, forming a de-facto relationship which was to last for 51 years. The fact that they had never married only came to light when, after Harry’s death, she was asked for her marriage certificate to assist in settling his estate. She was extremely coy about it and then reluctantly admitted that she and Harry had never married.

Rebecca and Harry had various business enterprises in their early years. They had a second-hand shoe store in Cleveland Street, Surry Hills for instance, where they sold factory seconds. They also had a shoe stall at Paddy’s Markets.

When the Second World War came, seconds were in demand. Mrs Cooper once told Al that she would work at night repairing and “tizzing” up the shoes to sell at the markets the next day.
During this time, the Coopers acquired considerable property, mostly rows of terrace houses and some shops in the inner city suburbs, particularly in Paddington.

Generally, Mr and Mrs Cooper repaired their houses themselves and until Harry’s death on 13 January 1979, it is reported that Mrs Cooper was often seen up on the roof of one of their houses, bent as she was, with a tin of blackjack repairing a leak, whilst Harry held the ladder for her.

The Coopers’ Oxford Street, Bondi Junction home was robbed on more than one occasion, as it was widely believed that they kept large sums of money hidden in the house.
After Harry’s death, Mrs Cooper moved from the house, which was later repeatedly broken into and ransacked.

Mrs Cooper had no children. She was asked what she wished to do with her estate when she died and she said she wanted to do something “for the Doctors”. She discussed various possibilities with Al and her solicitor, the late Kevin Cahill and she finally decided to establish a medical research foundation in her name.

The Rebecca L Cooper Medical Research Foundation was established by deed of trust on 13 January 1984 with Al Rosenstrauss, Kevin Cahill and our current chairman, Dr Tom Cromer, being amongst those appointed to the original board of directors.

Mrs Cooper died on 29 April 1984 only three months after the Foundation was established, when she was aged about 96 years. Under the terms of her Will, Mrs Coopers’ entire estate was given to the Foundation. It was this gift of more than 100 individual properties which has enabled the Foundation to become the significant donor for medical research purposes that it is today.